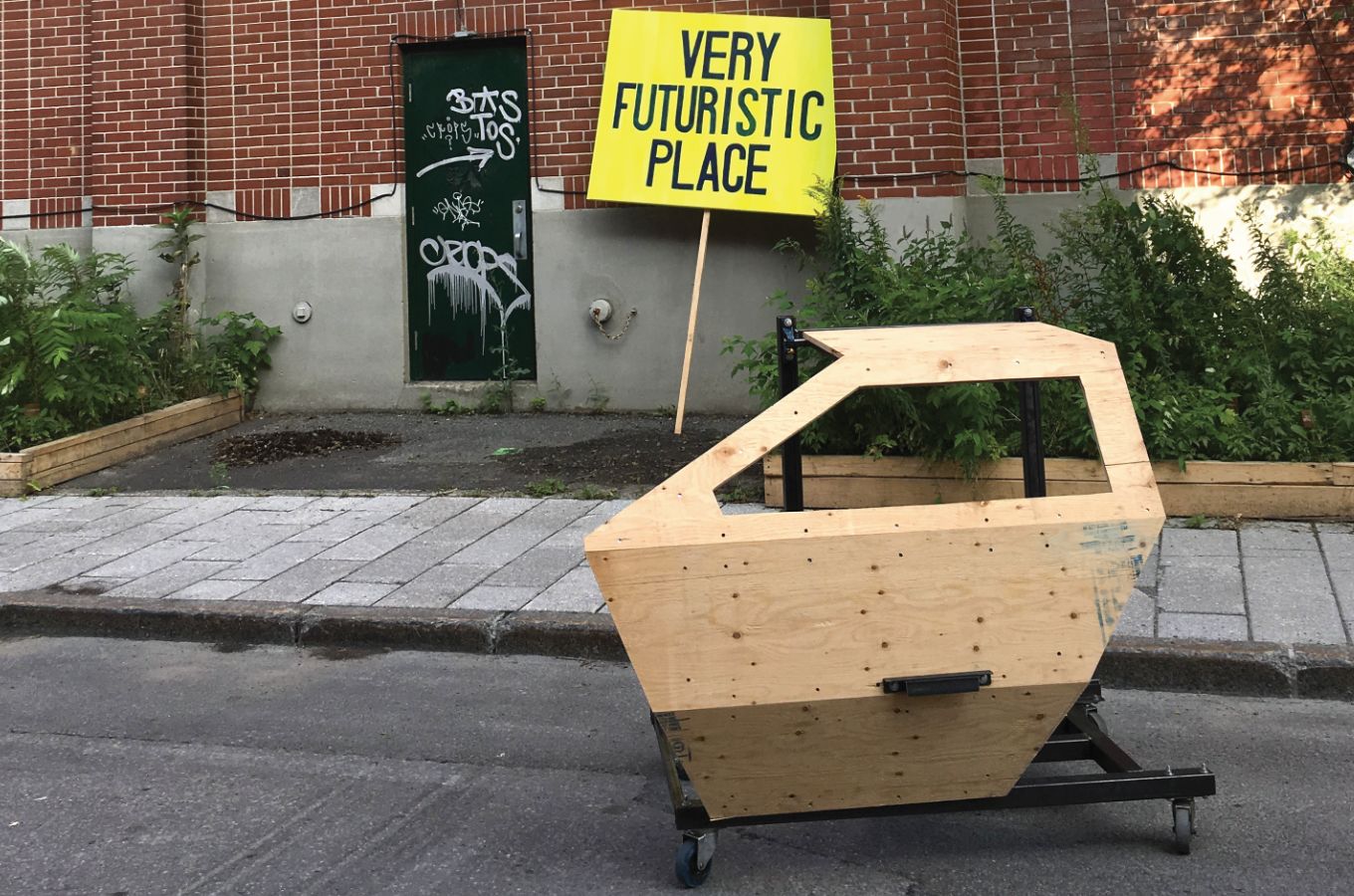 Since 2015, the Darling Foundry, in collaboration with the National Museum of Modern and Contemporary Art in Seoul and the Conseil des arts et des lettres du Québec, has offered a three-month residency exchange between Quebec and South Korea. This year, Wonwoo Lee benefited from the studio space in Montreal, where he lived between July and September.

“I’m enjoying unfamiliar environments and situations, since inspirations from diverse experiences of daily life are the basis of my practice. Montreal inspires me a lot. So far, the cityscape, the people, the objects—everything is interesting! I want to see the way people are living in the city to figure out similarities with and differences from where I came from. I can see Montreal has many different cultural backgrounds, such as the European heritage, Indigenous cultures, and cultures brought by immigrants from many different countries.

“I’m thinking of redoing Lost & Found to listen more to people’s thoughts. When I first did it in 2017 at the Art Sonje Center in Seoul, the performance was about communicating directly with audiences. People would come and see me to ask for their lost items. I would make those items very quickly, in five or ten minutes, as pieces of art by using leftover materials such as plywood, steel wire, and found objects. And those would become a portrait of one part of their absence. During the ten days of the exhibition, I made more than three hundred lost items. I hope I can meet as many people as I can in Montreal, as I believe their stories will inspire me to move one step further.

“I’m pretty sure that living in Montreal has affected me a great deal, but I’m not quite sure right now how this influence will emerge. This experience will probably come out in certain forms of art sometime in the future. I believe that art is like a chemical reaction, so experiences from Montreal may ignite different creative energy. I just don’t know what it’s going to be.

“My ideas about the future come from my interest in anxiety, which preoccupies people. Now I’m working on the ways we can defeat anxiety, and going to the future is one of them. The main reason we feel anxiety is an uncertain future. The time-travelling project that I created at the Place Publique was performative because people would directly experience time travel by using a sculptural piece. I intend to make people think about their time, and in this case, I want to evoke their thoughts of future in humorous way. I was inspired by the well-known movie Back to the Future, so this work can bring people from present to the future. It literally moves them from present to the future, and people liked it! Especially kids, they really loved this machine.”

The Darling Foundry is located in Old Montreal. It occupies an industrial building revitalized for the creation, production, and dissemination of contemporary art. According to its mission, one of its priorities is to support artists by helping them establish their practice and their network. The Darling Foundry offers twelve studio spaces for local and international artists, who are chosen by an open call and residency partnerships. In addition, it has a well-equipped workshop available to the Montreal art community and presents curated exhibitions in its gallery spaces.