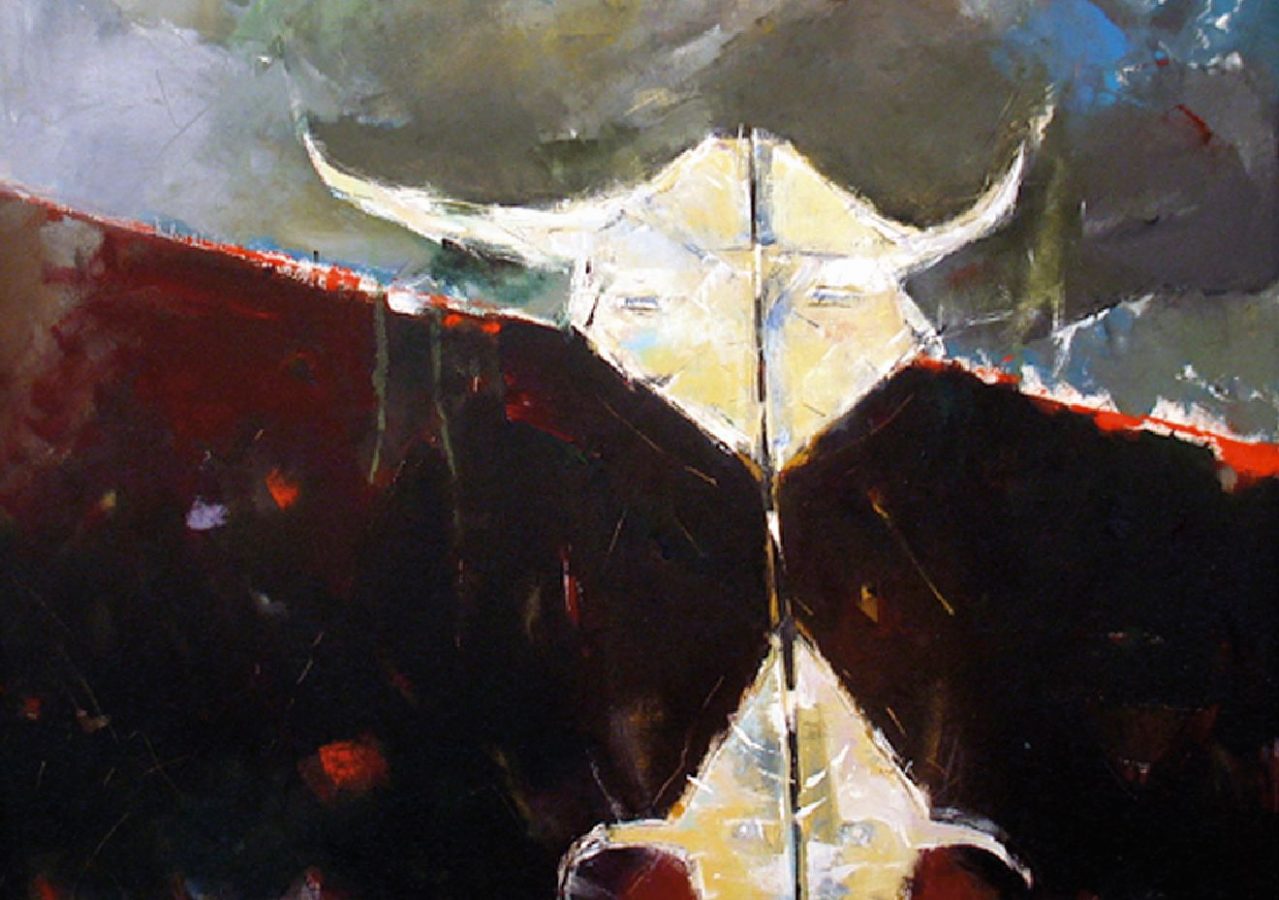 Shifting perceptions of art have determined the ways, and the degrees to which, art has been valued over the course of history. The idea that the shaman figure gave rise to the prototypical artist and that shamanism formulated the prototype of all the arts has gained traction through 21st century archaeological, anthropological and art historical findings.

Earliest artistic production belonged to the repertoire of the shaman in his or her communal, devotional, or magical function of image making and transformational narration. Art’s migration away from these apparently collective origins led to the elite, priestly, artist’s role of elect ‘madman’ or seer, along the lines of Renaissance humanist notions of the artist as the virtuously masculinised ‘melancholic genius’ – virtuosos, virtuosas and viragos – and ultimately with the ‘deifying’ and elevation of historical and contemporary ‘art stars.’

To what degree do societies of today consider their artists to have been ‘touched by the gods,’ marked by special talent, or inspired by Muses? Do we generally find artistic ‘difference’ to be received with respect, suspicion, or some uncomfortable combination of both? How have the fortunes, status and prestige of artists in society shifted and transformed over time? And what constitutes art’s, and artists’, primary contribution to human society, to human culture, or to human consciousness? Contemporary Canadian First Nations artists who speak to the idea of the artist as a type of culture shaman include Rebecca Belmore, Jim Logan, Ron Noganosh, Gerald McMaster, Edward Poitras, Shelley Niro, lessLIE, Rande Cook and Carl Beam, among an increasingly recognized host of others. For many years, Rick Rivet has worked and painted within this modality, assuming a fluidly shape-shifting, placeless and transmigrating ‘Trickster’ identity.

Rivet was born in Aklavik, NWT, in 1949. He has studied, worked and taught art in communities across Canada. His signal iconography has traditionally, naturally incorporated and synthesised cross-cultural themes and motifs, stylistic forms and philosophies. Rivet’s signature synthesis of Native themes and iconography with European, painterly styles and sensibilities operates in roughly the same proportions implied by his Metis heritage. His blending of Indigenous, source visions with European media, materials, stylistic approach and technique creates a uniquely balanced and informed Canadian perspective. Rivet is, in many ways, a quintessentially ‘complete’ Canadian painter/ printmaker, continually evolving his specialised visual language of synthesis de Vie des Arts and transformation.

An abiding theme for Rivet is that of the spirit journey – a migration of consciousness with its own iconographic lexicon and symbol set that includes masks, shaman figures, pictographic ciphers, handprints, labyrinth schematics, and animal forms. The boat form recurs throughout Rivet’s visual peregrinations, in several aspects. It may appear as seen from above, a sectioned mandorla (or ‘almond’) shape, or as a boat hull seen from the side. The boat images function in a multiplicity of ways – as windows, portals or doors, as shield images, or as funerary insignia. In Rivet’s series of small works, the Beothuk Mound series, it is this last aspect that emerges. Like Rebecca Belmore’s use of chrysalis imagery in her performative treatments of the cultural and physical extinction of the original Beothuk people of Newfoundland, Rivet accentuates a hopeful theme of transfiguration, rebirth and the transmigration of the spirit into new form.

The Beothuk Mound series is a suite of works in earthy pigments. It is as if we, along with the dead, are looking out through the walls of the tomb – cutaway panels that have become transparent – fine as dust. The series seems to depict the interior of the tomb or burial vault, bringing the viewer into its focalised, cubic heart, where the signs and sigils of the honoured dead have been supplied as grave offerings. Foremost among these pictographic images is the boat hull motif, representing the traditional skin boats of the McKenzie River. The boat hull sign glows white or glowers darkly, depending on Rivet’s shifting of the values. It looms out of the far wall of the tomb, itself a ‘starry vault’ in Rivet’s geocentric cosmology. Though planted deep in the earth, in the cosmological underworld of death and rebirth, the ‘ceiling’ panel, in many of the images, is strewn with stars. The ship form, supplied here, offers a vehicle or vessel for the dead. Like so many travellers in the afterlife before and since, they may safely embark upon their eternal soul’s journey.

Rick Rivet lives in northern British Columbia. In addition to receiving a Masters degree in Fine Arts from the University of Saskatchewan, he has been the recipient of over twenty awards, scholarships and bursaries. Since 1979, he has taken part in over forty prestigious exhibitions throughout Canada and abroad. His paintings have been collected privately, as well as by the Museum of Civilization, the Government of British Columbia, the Department of Foreign Affairs, the Royal Bank of Canada and the Alberta Energy Company, among others. He is represented by Alcheringa Gallery in Victoria, BC, and by Gallery Gevik in Toronto.