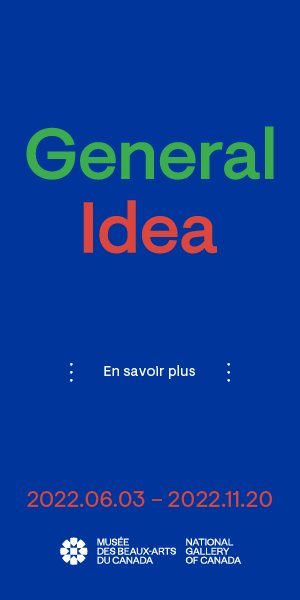 Thinking on the exhibitions this fall and winter in Saskatchewan, two things seem clear: the photograph has permeated our culture, and the photograph is no longer a more-or-less recognizable image on a square of white paper.

Since 1825, when French photographic pioneer Joseph Niepce exposed and fixed the first heliograph, we have made over 3.5 trillion photographs. Twenty percent of these were created and uploaded in the past three years. Facebook estimates that users post 208,300 images every minute; 80% of Canadians are online; we are in the top twenty percent of global internet users. The proliferation of digital image capture and use of social media have both increased access to images and changed communication styles. Conversations, humour, and public identity take place through visual exchange. Images are used as metaphors. Photographs punctuate on-line discourse, just as pointing provides clarity in conversation. Within the contexts of photojournalism and advertising, we have learned to interrogate visual “facts” and to question what a photograph can tell. However, despite understanding that all images are edited or manipulated in varying degrees to convey specific meaning, we continue to read realism as factual. Since photos are a record of light bouncing off of real objects, similar to the way our eye sees, captured images function transparently: we look through the photo and see the object depicted as if it were actually there. Photography by artists is not constructed transparently. In “Faking Death, Canadian Art Photography and the Canadian Imagination,” Penny Cousineau-Levine studied works made from 1955 to 2003, and proposed that art photography exposes image construction which invites viewers to read beyond simple denotation. She observed that Canadians often work in diathesis, “a mode of thinking that juxtaposes but does not synthesize.” Humour and other emotions are expressed. The subject matter and content say “here is what I think” or “this is how I feel”, rather than “here is what I saw”.

Joi T. Arcand, a photo-based artist from the Muskeg Lake Cree Nation currently living in Saskatoon uses both digital and physical collage to create photographs and sculpture that critique the politics of identity and the stereotype of the authentic Indian. In an installation exhibited at Dunlop Art Gallery in the fall of 2013 entitled, Through That Which is Scene, Arcand shares her experience growing up as first-nation Canadian in postcards, dioramas, and Plexi-glas-mounted digital C-prints of large format portraits. The dioramas are gently humorous mash-ups of pop culture and reality. A Cher Barbie in Native-Indian dress, My-Little-Pony and the Smurfs hang out in the kitchen with cut-out figures from Arcand’s childhood family photos. The large format portraits are collages that re-stage family snapshots. In each, the recreation is stacked over the reference photo. The scenes depict familiar sights of farming life, such as riding in the tractor with dad, and puncture stereotypical assumptions of life on the reserve in Saskatchewan. Created in 2004, this series is entitled Cultivate, and precedes a currently popular internet fad of remaking baby photos. In both Arcand’s work and on-line, doubling back to the past and reposing as an old photo creates two moments of one person in one place. This past/present hybrid image functions as a citation to iterate the subjects’ history. It exposes their roots, simultaneously rejecting assimilation and seeking shared experiences.

New work by Vancouver-based Lucien Durey and Katie Kozak, entitled Baba’s House, constructs a photographic portrait of Kozak’s grandmother Sophie Ostrowski, through a visual archive of her possessions. Created during a residency in Baba’s actual house in the small town of Creighton, Saskatchewan, the collaborators worked daily from 2012 to 2013. The archive includes 273 collage- style image scans of items found in Baba’s home that were arranged on a modified flat-bed scanner. At present, there are three incarnations of Baba’s House: online at babashouse.tumblr.com; an artist book; and a gallery exhibition. Twenty-three of the scans were exhibited at Dunlop Art Gallery in January 2014, voluptuously presented as large-scale LightJet prints, face-mounted to acrylic glass. Formally, the compositions are quite beautiful, with highly saturated colour and detailed textures, emphasizing the material culture of daily life: food, household items, lists, snapshots, crafts. In the online archive, Baba’s conversational description of each image provides the context of her memories. In this work, no one image represents Baba. Meaning is cumulative, built from the juxtaposition of the images.

Hybridity is also be expressed by photographers who do not use collage strategies. Cousineau- Levine noted that artists such as Michel Lambeth and Sandra Semchuk often included super- impositions, windows and reflections as visual bridges that link and separate dual realities. Recently exhibited in You Are Here: location + similitude at Slate Gallery in Regina, Gabriela Garcia-Luna creates a similar sense of doubling in light drawings, using long exposures to explore time within space. A photography-based artist from Mexico City currently living in Moose Jaw, Garcia-Luna describes her aim as, “to explore intimate questions related to notions of perception and reality through the paradoxical possibilities inherent to photography….” In the images, Light Crossing and Light Source (archival inks on paper, 17 x 17 inches, 2013) Garcia-Luna worked in daylight, photographing a pow-wow dancer in the prairie grass. The photo records the rhythms of the dancer as patterns of light from the coloured glow sticks and LED lights on the costume. The movement of the wind in the grass is a gentle blurring, like water. The combination presents the dance as an ephemeral presence in the landscape, connected through movement, separated by time.

At the point of this writing, the “Prairie Light” festival is midway. A representative sample of artists reveals that since 2003, the material presentation of photography has diversified substantially from the works Cousineau-Levine studied, but the theoretical model of hybridity that she proposed remains relevant.